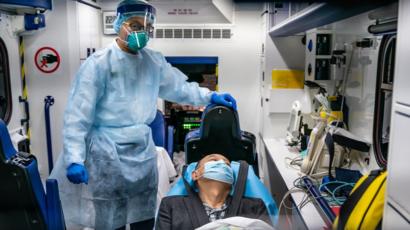 A report spearheaded by international public health leaders suggests that children aren’t particularly vulnerable to the coronavirus that so far has infected more than 95,000 people and killed more than 3,200 worldwide.

According to a report released last month by the Joint Mission and the World Health Organization-China, individuals under the age of 18 experience a “relatively low attack rate” of the virus, about 2.4%.

Scientists found the virus to be “relatively mild” among individuals under 19 years old, with only 2.5% of the reported cases developing into a severe disease and 0.2% developing into a critical disease, the report said. The Chinese Center for Disease Control and Prevention said in a Feb. 24 report that no children in China under the age of nine have died from the infection.

But some U.S. experts say the report, based on research from the team of health officials who visited virus hot spots in three Chinese provinces, may underestimate the infection rate among children.

In China, human-to-human transmission of the COVID-19 is largely occurring within families, the Joint Mission-WHO findings suggested. Children in the city of Wuhan infected as of Feb. 24 were identified by tracing back to their households.