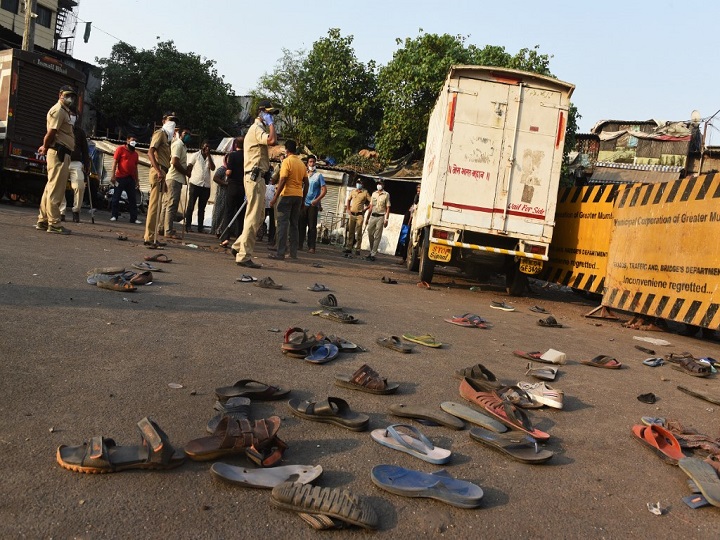 Palgarh Police have arrested 110 people including 9 juveniles, in connection with the lynching of three persons by the villagers, suspecting them as thieves here on Sunday. While 101 people have been remanded in police custody till April 30, 9 others have been sent to a juvenile home.

“110 people have been arrested in this case out of which 9 are juvenile. 101 people have been remanded in police custody till 30th while 9 have been sent to a juvenile home. Further investigation is going on in the matter. An inquiry has also been initiated to look into the incident,” the Palgargh Police tweeted.

Palghar mob lynching case which took place on April 17, after a video of the incident where three people were lynched to death by a mob, went viral.

Maharashtra Chief Minister Uddhav Thackeray has said stern action will be taken against those involved in the lynching.

According to reports by IANS, former Chief Minister and BJP leader Devendra Fadnavis said on Sunday that the incident which happened in Maharashtra’s Palghar is ‘shocking and inhuman’.

“It is more disturbing especially when we are going through such tough times,” he said, referring to the lockdown due to the COVID-19 pandemic.

Three people were beaten to death by villagers in Palghar on suspicion of being thieves. The victims included two sadhus of the Juna Akhada and their driver who were travelling to Surat to attend a funeral. According to reports, they took a diversion since the car was stooped by police due to the lockdown. When they were passing through a village a crowd surrounded them and started questioning them. They then dragged them out of their car, assaulted them brutally with sticks, rods, and stones. When the police reached the spot, the crowd attacked them and damaged the van and injured some policemen were injured.