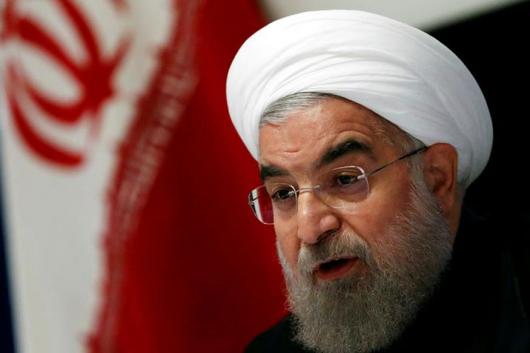 Tehran: Iran’s President Hassan Rouhani charged Tuesday that the United States finds it “unbearable” that the Islamic Revolution remains in place 41 years after bringing down US ally the shah.

“It is unbearable for the United States to accept the victory of a great nation and that a superpower has been driven out of this land,” Rouhani told a rally in Tehran marking the anniversary of the ouster of the shah and establishment of the Islamic republic in 1979.

“It is natural for them to have dreamt, for 41 years, of returning to this land, because they know that we are one of the most powerful countries” in the Middle East, he added.

Rouhani was speaking at a rally in Tehran’s Azadi Square marking the anniversary, at a time of heightened tensions with the United States.

Tehran and Washington have been sworn enemies since 1979 when the government of the US-backed Shah was ousted.

Shah Mohammad Reza Pahlavi had already fled the country weeks earlier after months of protests against his regime.

Ties between the two sides have been severed since November of that year when radical students demanding the shah’s extradition seized 52 hostages at the US embassy in Tehran and held them for 444 days.

The bad blood between Tehran and Washington worsened in 2018 when US President Donald Trump unilaterally withdrew from a deal that froze Iran’s nuclear program before reimposing crippling sanctions.

“In the past two years, America has put so much pressure on our beloved people, on all of our trade, all of our exports, all of our imports, and all of the country’s needs, to exhaust the patience of our people,” said Rouhani.

But “the Americans did not understand the greatness of the Iranian people,” he said.