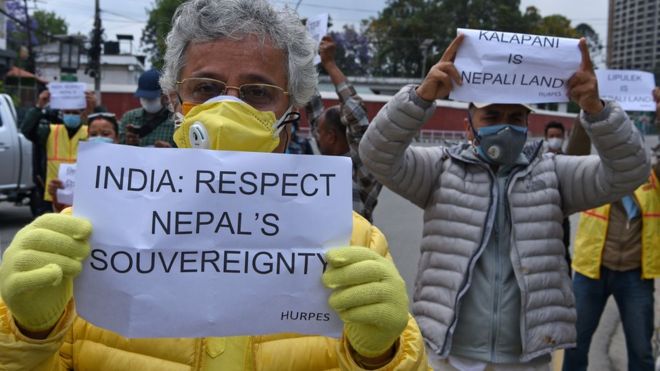 The redrawing of the map covers a relatively small region high in the Himalayas but it has stirred simmering tensions between two of the world’s biggest powers, India and China.

In Nepal, which is sandwiched between the two, people have reacted angrily, protesting and accusing India of disregarding the country’s sovereignty.

In recent months a new Indian road on a strategic mountain pass fanned tensions, as did a revised map put out by Delhi showing disputed areas as belonging to India.

To top it off India and China are already locked in a military standoff in the northern Ladakh region of disputed Kashmir, where their troops have been facing off for weeks.

Media and some officials in India have accused China of instigating the changes to Nepal’s map, a charge to which China has not responded.